An Orange County truck I’ve been following since the beginning is “Dos Chinos”. I’m very proud to share this article that the New York Times wrote up on Hop Phan.   (Gotta love the TropShaveIce tshirt plug, Hop!)

Blending of Cultures Visible in the Food Trucks

To see how radically demographics have changed in Orange County, Calif., just look at what’s for lunch.

Nowhere are the shifts more evident than in the abundance of ethnic restaurants with menus meant to please varied palates.

In the Vietnamese cooking of Hop Phan’s family, avocados were meant for sweet, not savory dishes. But in high school, his Mexican friends handed him a taste of the fruit mashed with salt and spicy beef in a tortilla. The shock of that first bite of a taco quickly turned to awe, not to mention a love affair with cultural culinary tourism.

Soon after they settled here, with thousands of other Vietnamese refugees, Mr. Phan’s father opened a string of restaurants that served pho, the traditional noodle soup. But his son had little interest in doing what generations of Vietnamese cooks before him had done.

So last year, Mr. Phan, now 35, began creating fusion dishes like coconut curry chicken with sour cream and roast pork with salsa verde, and taking them on the road in a food truck he has christened Dos Chinos. That’s Spanish for “two Chinese,” but more to the point, “Chino” is how many Spanish speakers refer to anyone Asian.

“Anyone who lives here gets it,” Mr. Phan said. “I don’t think anyone who grew up in Orange County would the word find ‘Chino’ offensive — that’s what they call us, so we might as well embrace it.”

Less than a year after it began, Dos Chinos is in high demand when it stops in front of bars, corporate parks and strip malls round Orange County, a place far more diverse than when Mr. Phan was a child.

More than a third of the population is Hispanic, and Asians make up nearly one-fifth of the county — a growth of nearly 40 percent in the last decade, according to the new census. In some inland cities, like Buena Park, Fullerton and Anaheim, the vast majority of the population is Asian or Hispanic.

“My son is the only Mexican kid I know who says he wants rice and beans when he really means edamame and sushi rice,” said David Gonzales, 39, of Fullerton, a new fan of Dos Chinos, referring to his 3-year-old son, Jackson. “He eats food I never tasted growing up.”

When he started his mobile business, Mr. Phan said his parents just “laughed like you wouldn’t believe,” telling him their friends “would never want to eat here.” And really, they don’t.

But Mr. Phan’s truck is particularly popular with the under-30 set: people who may think that sriracha-tapatio-tamarindo cheesecake is not all that unusual.

Some of Mr. Phan strongest memories of life in America are food-related. There was the country fried chicken during his family’s brief stay in North Carolina when they first immigrated. And nopales (cactus leaves) and ceviche, raw seafood marinated in lime juice. He laughed, almost embarrassed at his admission: “What we thought was adventurous is just normal now.”

Martin and Karen have been wanting to try Jogasaki since the day they rolled.  They tweeted they were going to be at South Bay Din Din a Go Go, so we made a trip to Torrance.  Martin ordered the #2, the Spicy Tuna Delight, and Karen got the CA Delight, a California Roll version minus the avocado (due to allergies).

Martin then went to Anh-Joo for the Kimchi Citrus Pork with Roasted Fuji Apples.

Meanwhile, I warmed up with a Tonkotsu Ramen and a steamed Curry Pork Bun from Happy Cup Ramen, ending my night with a snow capped, Melona-Vanilla-Passion Orange  Tropical Shave Ice. 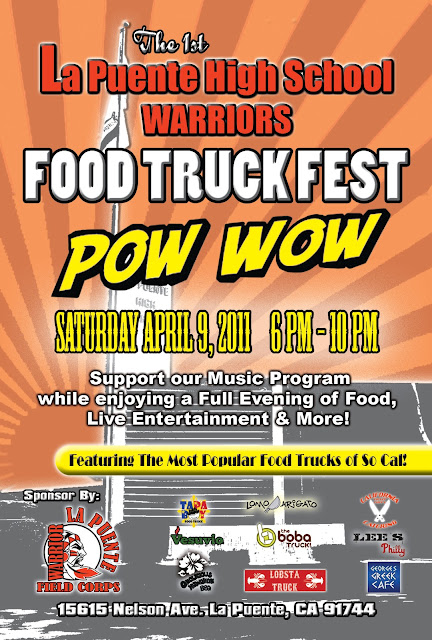 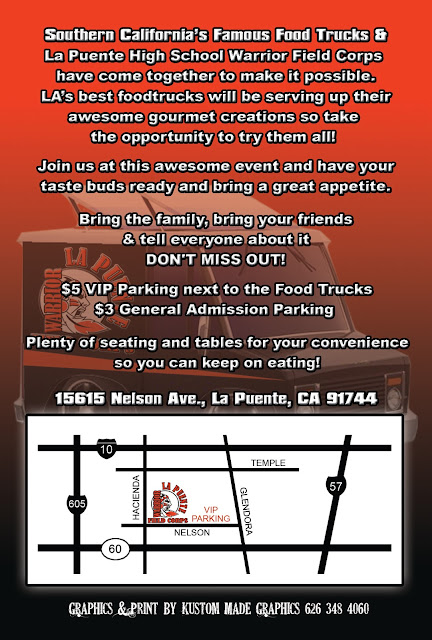 General parking is $5. Saturday and Sunday enter at Gate 3 off Fairview or Gate 4 off Arlington. Click here for driving directions to the OC Fair & Event Center.

Canned Food Drive
Bring two cans of food to Youth Expo for Second Harvest Food Bank and enter to win 2011 OC Fair Super Passes and other great prizes. Food will be collected at the OC Fair booth near Centennial Farm.

Hungry? Get your snack, drink or lunch from food booths organized and supported by local youth groups.