Like Loading...
December 4, 2012Leave a comment
The Holidays are here and it’s time to get together with friends and be merry! Come join us and 12 of the best gourmet food trucks in Los Angeles to help raise money for children’s charity! Bring an unwrapped children’s toy and get a free snack at a truck of your choice! Meet the Toys for Tots Marines and the volunteers of The Central City Community Outreach! Enjoy great food and company for a great cause!

entral city community outreach
Participating Gourmet Food Trucks:
Truck Norris
The Lobos Truck
Gravy Train
Kogi
The Buttermilk Truck
Nonna’s kitchenette
Slummin Gourmet
Trailer Park Truck
Brasil Kiss
Greasy Weiner
Paradise Cookies
So come, bring toys, eat and be merry! If you dont have a toy, its ok! just eat and be merry! Donations from proceeds will be made to No Kid Hungry! 🙂
Spread the word along with your holiday cheer
bring a toy, buy some food or simply volunteer
Just dont forget, Don Bosco on Tuesday December, 4 from 5-9
1151 San Gabriel Blvd.
Rosemead, CA 91770
Come out cuz giving back to the community is always a good time! 🙂

Article in the OC Register by Nancy Luna:

Seabirds Truck founder Stephanie Morgan acknowledges she has been AWOL lately, but for good reason. She’s been cooking up a few deals to expand her popular vegan truck business.

Stephanie Morgan and her vegan food truck arrive at the SOCO Collection Farmers Market on Hyland Avenue in Costa Mesa on Saturday. Seabirds Truck has developed a loyal following of customers who not only show up on Saturdays, but also go to the various other locations the truck moves around to throughout the week.

Morgan is taking over the kitchen at the store’s Back Bay Tavern restaurant Dec. 6-8. The vegan menu will be available 11 a.m.- 10 p.m.

“I’m excited to be in a kitchen and not on wheels,” Morgan said.

In addition to serving signature dishes like her critically reviewed avocado tacos, Morgan said the pop-up menu will offer complicated dishes that can’t be done on the truck, such as butternut squash enchiladas and a persimmon roasted beet carpaccio.

The pop-up will act as a dry run for Morgan, who has plans to open a brick and mortar restaurant in Orange County. No deals have been finalized, but she’s hoping to launch a taco stand in Santa Ana. A larger restaurant is also in the works.

“We’d love to be part of downtown Santa Ana,” she said.

Morgan is also getting into the wholesale market.

She’s selling vegetarian wraps and burritos to San Diego State’s Aztec Market, a student-run convenience store on campus. Morgan said the market contacted them after tasting her food.  “We’d love to get with more schools,” she said. “So many kids want healthier options. 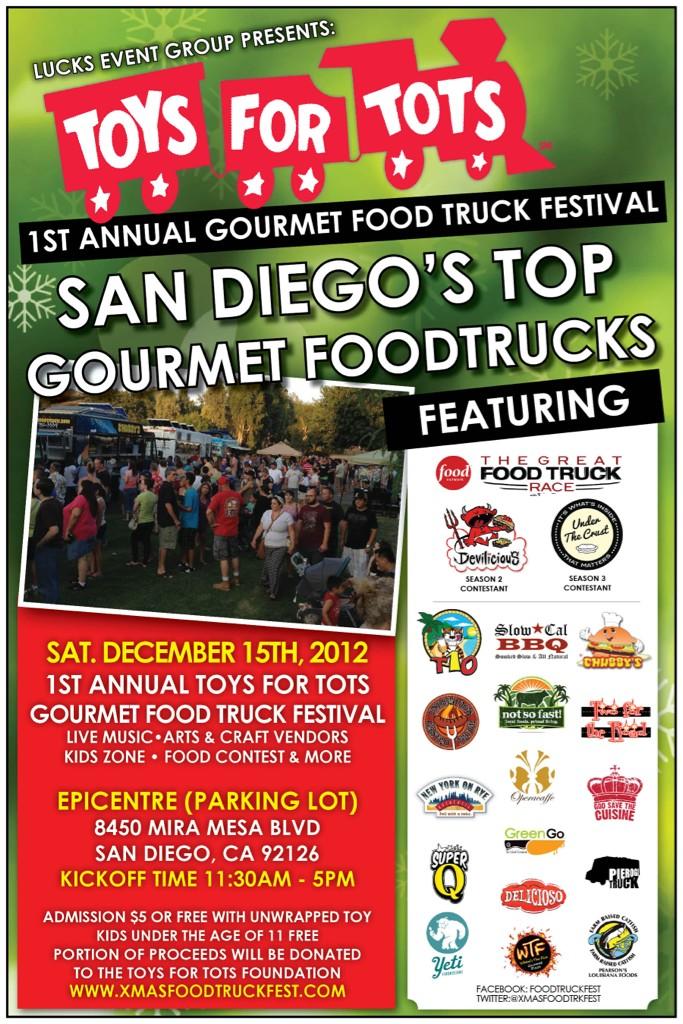